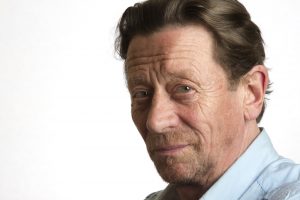 Brendan Conroy is one of Ireland’s most esteemed Film, TV & Theatre actors. He has worked with acclaimed directors such as John Boorman, Neil Jordan, Jim Sheridan and Lenny Abrahamson. A regular on The Abbey Theatre stage, Brendan also won an IFTA for Best Supporting Actor in the film ‘Kings’. He will be next seen in The Aran Islands at The Irish Rep in Manhattan. 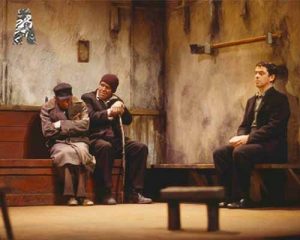 Brendan Conroy is a native of Tuam, Co Galway. His career stretches back to the late 70’s when he became known playing the role of Peter Cadogan in The Irish RM, a show which continues to be repeated regularly up to this day. He has toured to Russia, Europe and the United States with the Abbey Theatre playing Jimmy Jack in Translations, Philly Cullen in The Playboy of the Western World and Tadhg in The Field.

He worked extensively with Red Kettle of Waterford appearing in such celebrated productions as Bent, Moonshine, Talbot’s Box and Translations playing Manus and then he directed The Price and Jim Nolan’s Guernica Hotel. He last worked with them playing Shay in the Irish Arts Centre, Manhattan, in their run of The King’s of the Kilburn High Road. He created the role of Tommy Clocks in Island’s Pigtown by Mike Finn, played Arty O Leary in Livin Dred’s Belfry by Billy Roche; he has also toured with Ouroborous and Druid and played George In Who’s Afraid of Virginia Woolf with the late and wonderful Fedelma Cullen, one of his favourites.

For the Taibhdhearc in Galway he has played in Uaisle (Aristocrats), Namhaid don Phobal (Enemy of the People) and last year he played Git in The Kings of the Kilburn High Road as gaeilge, a part he played in the film ‘Kings’ winning an IFTA for best supporting actor. 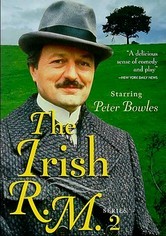 TV credits include, The Ballroom of Romance, The Lilac Bus, The Bounty, The General, A Man of no Importance, Jesus, Mary agus Mattie for TG4, Ros na Rún, Glenroe, The Secret of Roan Inis, Hamish Macbeth, Lindenstrasse and will be seen later in Stella Days and Grand Opening. Other credits include Romantic Road, Roy II, Mattie, Rock Rivals, Prosperity, Ballykissangel, Sailortown, The Irish RM, Bracken and Ballroom of Romance.

Films include The Legend of Longwood, Gold, Mikayla, Grand Opening, Dublin in Pieces, Stella Days, Udar – Jesus, Mary and Mattie, Sunshower, If I Should Fall Behind, Next, Situations Vacant, Tufty, Kings (Winner Irish Film and Television Award for Best Supporting Actor), Last Mango in Dublin, A Love Divided, The General, This is My Father, Butcher Boy, Moll Flanders, An Awfully Big Adventure, Circle of Friends, Words Upon the Window Pane, Secret of Roan Inish, A Man of No Importance, Revolution and The Bounty. More recently Brendan starred in the short film by Ruaidhrí Conroy ‘Justlikeabitch’.

Brendan at The Abbey Theatre 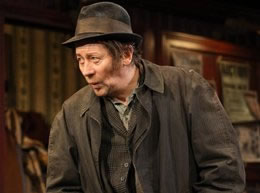 Brendan’s work at the Abbey Theatre includes The Last Days of a Reluctant Tyrant, The Playboy of the Western World (US and national tour), The Field (Russian tour), Translations (US and European tour), Cúirt an Mheán Oíche(Gaeltacht tour), A Crucial Week in the Life of a Grocer’s Assistant, The Hostage, At-Swim-Two Birds, A Little Like Paradise, Mandragola and Calvary. 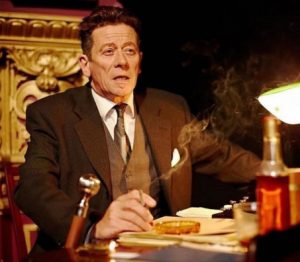